Attended by over 60 leading business people from across the Thames Valley, the attendees voted on arrival and then again at the end of the meeting. The arguments presented by the panellists convinced many of those that were uncertain how to vote to change their views to Exit.

The Poll on arrival was

At the end of the meeting the vote was

The debate was chaired by Ross Wilson, IoD South Ambassador, who invited questions from the floor covering a wide range of business issues. These included: 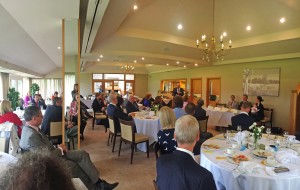 Content marketing – do we need to get back to some basics?

Disrupt or be Disrupted!